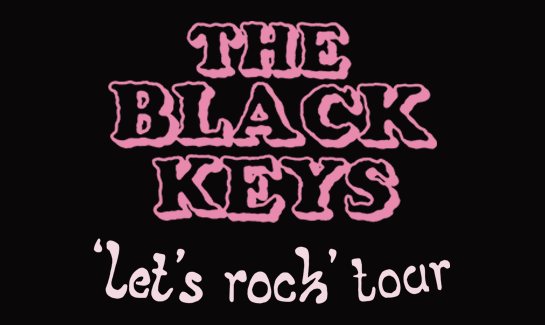 The Black Keys recently debuted their new song, “Lo/Hi” (Nonesuch Records), the first new music from the band since their 2014 album, “Turn Blue.” “Lo/Hi” was written and produced by Dan Auerbach and Patrick Carney, and recorded at Nashville’s Easy Eye Sound studio. Rolling Stone named the track a “Song You Need to Know” and said, “the Keys have officially returned, louder than ever” and the New York Times calls the song “the kind of garage-boogie stomp that the band never left behind.” Additionally, GQ magazine included “Lo/Hi” in its list of Songs You Need to Hear This Week and called it “a snarling and immediate little slice of heaven from the Ohio rock stars.”

@Lauren_Daigle just dropped her new single, “Hold On To Me!" Stream it now and experience it live when she comes to Orlando on October 1. 🙌 #LaurenDaigle #AmwayCenter
This one’s for you @LukeCombs fans! Tune in to a free livestream tonight at 8 pm, as we replay the full recording of one of Luke’s last shows played before quarantine from the What You See Is What You Get Tour. Click the link in our bio to join us on Facebook or YouTube! #LukeCombs
You make my ❤️ skip a beat! 😍 Happy Valentine’s Day from Amway Center! #ValentinesDay
Do you miss seeing @theweeknd live? We do too. Catch #SBLV 🏈 on Sunday for his historic performance and see him live at Amway Center!
The perfect triple threat is the #AFTERHOURS World Tour, @TheWeeknd’s #SBLV performance, and his album release! “The Highlights” features some of the biggest songs of his career all in one place, available today!
@TheWeeknd has announced new dates for his #AFTERHOURS tour ahead of his historic #SBLV performance this Sunday. His Amway Center performance scheduled for July 19, 2021 is rescheduled to March 28, 2022. All previously purchased tickets will be honored for the new date. #AmwayCenter #TheWeeknd
The Jan 22 & Jan 23 Solar Bears vs. Swamp Rabbits games are postponed by the ECHL in accordance with League Health and Safety Protocols. New dates will be announced soon and all tickets will be honored for the new date. Visit OrlandoSolarBearsHockey.com for additional information.
Tonight's Solar Bears game vs. Greenville has been postponed by the ECHL in accordance with League Health and Safety Protocols. A new date will be announced soon and all tickets will be honored for the new date. Visit OrlandoSolarBearsHockey.com for additional information.
Today, we celebrate and honor the life, legacy and dream of Dr. Martin Luther King, Jr. #MLKDay
Kick-off your weekend by jamming out to brand 🆕 music from @PeteyMartin featuring @Lauren_Daigle! #ComeBackHome #LaurenDaigle
Throw on your funky threads and head downtown for 70's Night as the Orlando Solar Bears take on the Florida Everblades. #Bearlieve 🚪: 6 PM 🏒: 7 PM 🎫:: AmwayCenter.com/SolarBears
Bye, 2020 👋 Let's never do that again. Sincerely, Everyone. #HappyNewYear #Bye2020 #Hello2021
Feels great to welcome @SolarBearsHockey back for their first home game of the season tonight! #BEARLIEVE 🚪: 6pm 🏒: 7pm
Merry Christmas from our family to yours! ❄️🎄🎁 #MerryChristmas #AmwayCenter
We're proud to announce Amway Center earned the Global Biorisk Advisory Council STAR™ Facility Accreditation, the gold standard for venue cleaning, disinfection and infectious disease prevention! Our team is committed to ensuring this is a safe environment for all our patrons and staff. Read more about this achievement by visiting AmwayCenter.com/GBAC #AmwayCenter
Welcome home, @OrlandoMagic! 🏀 #MagicTogether #AmwayCenter
Don't forget: Our job fair is happening tomorrow from 1pm to 7pm! Dress to impress and bring copies of your resume for on-site interviews. Opportunities include job in food & beverage, cleaning, guest services, security and more! Free parking is available in the GECIO Garage. Learn more at AmwayCenter.com/JobFair
2021 is just around the corner and so is the Dude Perfect Tour! 🥳 Tickets make an awesome gift for your friends and family PLUS you can download exclusive @DudePerfect Christmas cards, wrapping paper, gift tags and more. Visit DudePerfect.com to get yours today! #DudePerfect #AmwayCenter
"Pour some gravy on meee!" 🎸 From all of us at Amway Center, we hope you have a rockin' Thanksgiving! #Thankful #TurkeyDay #Thanksgiving #AmwayCenter
We're hiring for part-time security agents! Apply today and join our award-winning team. Applications close this Friday, Nov 20. Learn more by visiting AmwayCenter.com/ApplyNow.
To all our veterans and their families: Thank you. 🇺🇸 #VeteransDay #AmwayCenter
Over the last two weeks, we welcomed 15,563 Orange County voters into Amway Center to cast their ballot early. If you couldn't join us, there's still time left to find your voting location and go vote! Learn where to vote at www.ocfelections.com #Vote2020 #OrangeVotes #ElectionDay
Today is the last day to vote early here at Amway Center! Join us for a legendary voting experience featuring special guests, ”little to no wait” and ”free parking.” Hurry - polls close at 8pm! 🗳️ Learn more at AmwayCenter.com/EarlyVoting #OrangeVotes #AmwayCenter
Orlando Mayor Buddy Dyer stopped by to cast his vote today and you can, too! Early Voting continues every day from 8am - 8pm until Sunday, November 1, and is open to ALL Orange County voters. 🗳️ More details at AmwayCenter.com/EarlyVoting