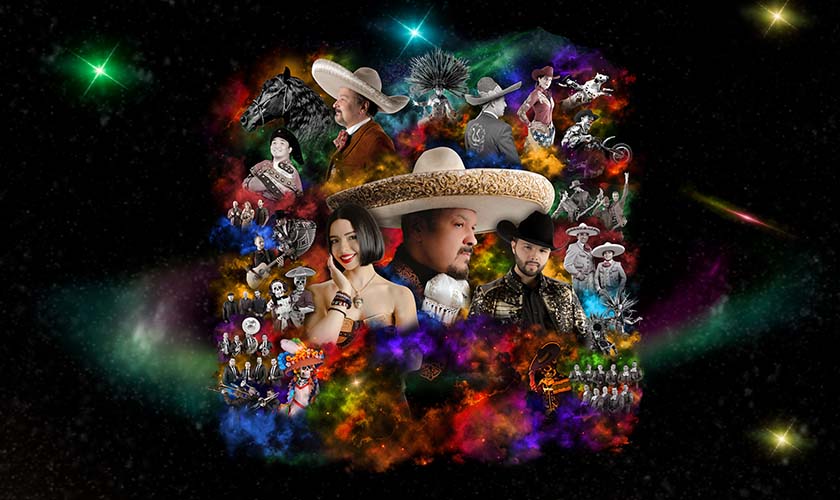 This summer, Jaripeo sin Fronteras will offer fans a traditional and magical experience of the legendary Aguilar family. Joining him as special guests, including his brother Antonio Aguilar, his daughter and GRAMMY® and two-time Latin GRAMMY® nominee Ángela Aguilar, and his son, two-time Latin GRAMMY® nominee Leonardo Aguilar, and will be supported by his mariachi band El Zacatecano. Additionally, all artists will be accompanied by traditional jaripeo acts. A massive production involving more than 150 people, including 40 stage musicians alone, the tour provides a once-in-a-lifetime experience combining captivating music sets with heart-stopping bull riding displays and rodeo events, such as horse riding and equestrian acrobatic performances.