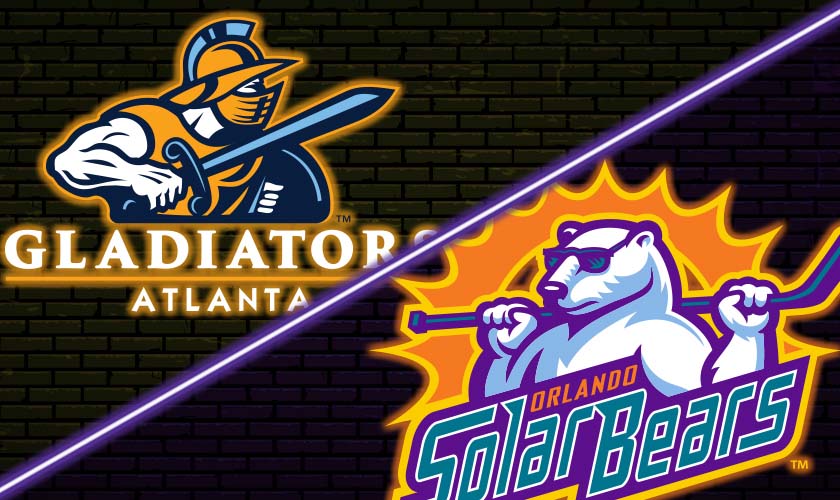 The Orlando Solar Bears open its 10th season of ECHL competition against the Atlanta Gladiators at the AdventHealth Rink at Amway Center on Monday, December 21 at 7 PM.

The game against the Gladiators marks the sixth time that the Solar Bears open their season on home ice, and is the third home opener against Atlanta.

The Orlando Solar Bears are the proud affiliate of the defending Stanley Cup Champion Tampa Bay Lightning and return for their 10th season of affordable fun at Amway Center. Watch them take on the Atlanta Gladiators, right here in Orlando!