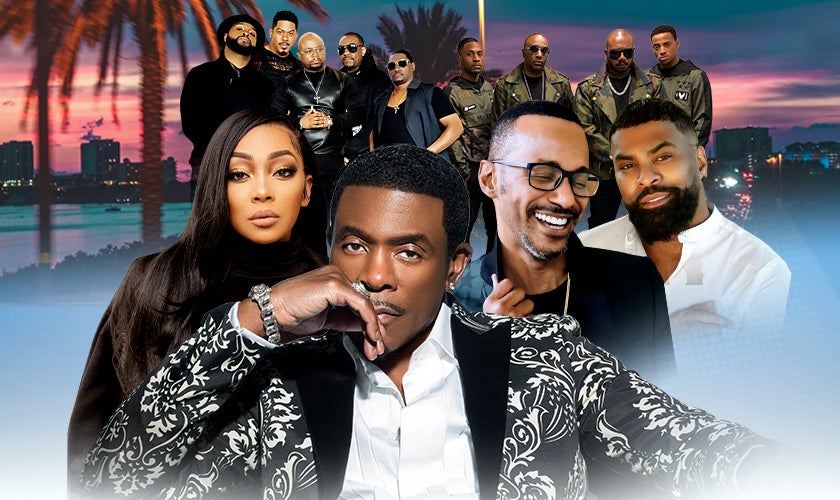 Popular R&B and soul singer, producer and songwriter known for his distinctive vocals, Sweat has released over a dozen albums and sold over 40 million records. He was also an influential figure in the new jack swing musical movement, a trailblazing, highly rhythmic fusion of R&B, hip hop and dance-pop. His catalog of hits includes multiple chart-topping songs such as "I Want Her," "Get Up On It," "Something Just Ain't Right," "Make It Last Forever," "I'll Give All My Love to You," "Make You Sweat," "Twisted" and more. He has been atop the charts five times and produced 15 Top 10 hits and was awarded the Soul Train Lifetime Achievement Award for his contributions spanning his nearly 40-year career.