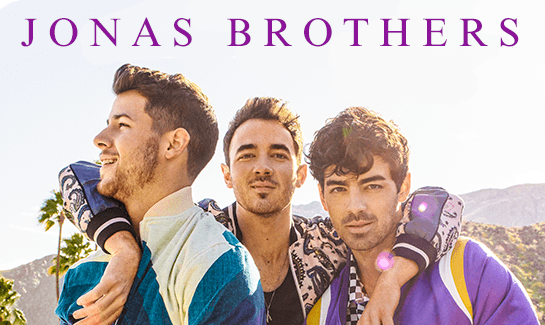 After building overwhelming anticipation, Grammy®-nominated multiplatinum powerhouse trio–Jonas Brothers—announced details for their Happiness Begins Tour, their first headline tour in almost a decade. Joining them on all dates as special guests are Bebe Rexha and Jordan McGraw. Produced by Live Nation, the 40-city trek presented by American Airlines and Mastercard kicks off Wednesday, August 7 in Miami, FL and includes a date at Orlando’s Amway Center on Friday, August 9. Tickets on sale now!