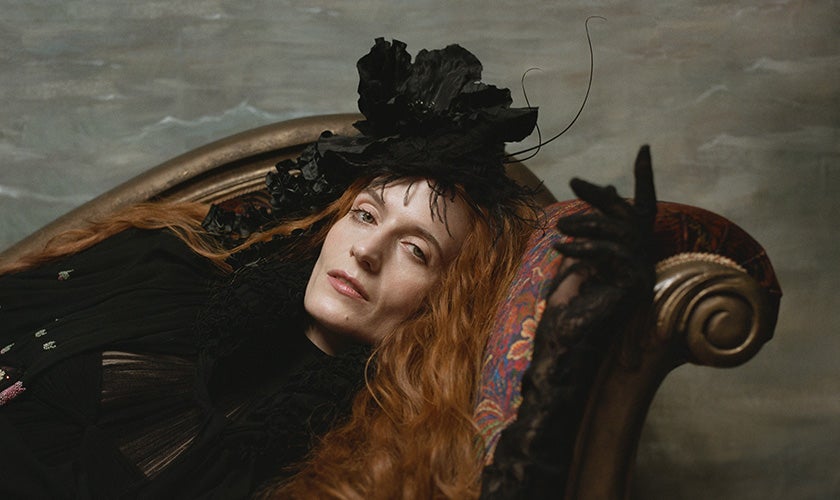 The tour celebrates the release of Florence Welch’s forthcoming, highly-anticipated fifth album, “Dance Fever,” out May 13. Welch has shared three songs from the album—"My Love,” "King” and “Heaven is Here”—all of which arrived accompanied by videos by the acclaimed director Autumn de Wilde with choreography by Ryan Heffington.

Before the pandemic, Welch had become fascinated by “choreomania,” a Renaissance phenomenon in which groups of people—sometimes thousands—danced wildly to exhaustion, collapse, and death. The imagery resonated with Welch, who had been touring nonstop for more than a decade, and in lockdown, felt oddly prescient.

Starting with a notebook of poems and ideas, Welch had just arrived in New York in March 2020 to begin recording when Covid-19 forced a retreat to London. While holed up at home, the songs began to transform, with nods to dance, folk, ‘70s Iggy Pop, longing-for-the-road folk tracks a la Lucinda Williams or Emmylou Harris and more, ultimately arriving somewhere that Welch describes as “Nick Cave at the club.” Lyrically, she took inspiration from the tragic heroines of pre-Raphaelite art, the gothic fiction of Carmen Maria Machado and Julia Armfield, the visceral wave of folk horror film from “The Wicker Man” and “The Witch to Midsommar.”

“Dance Fever” is an album that positions Welch at the peak of her powers, coming into a fully realized self-knowledge, poking sly fun at her own self-created persona, playing with ideas of identity, masculinity and femininity, redemption and celebration.