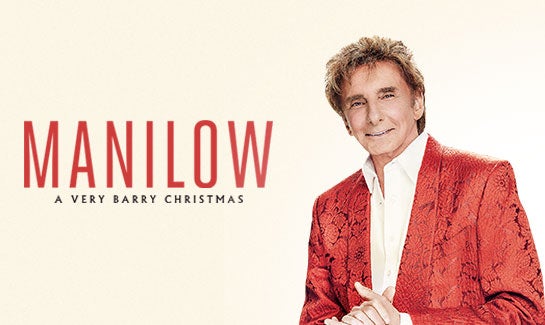 Music icon Barry Manilow is taking the stage for a special holiday engagement, A Very Barry Christmas, where fans will see Manilow perform his greatest hits like, “Copacabana” and “Mandy,” as well as Christmas favorites. Manilow returns to Orlando’s Amway Center on Saturday, December 8. Tickets on sale now!

Manilow's unrivaled career encompasses nearly every area of music, including performing, composing, arranging and producing. A Songwriters Hall of Fame inductee, Manilow has triumphed in every medium of entertainment. As the undisputed number one Adult Contemporary Chart artist of all time, his worldwide record sales exceed 85 million and he has earned 50 Top 40 hits.