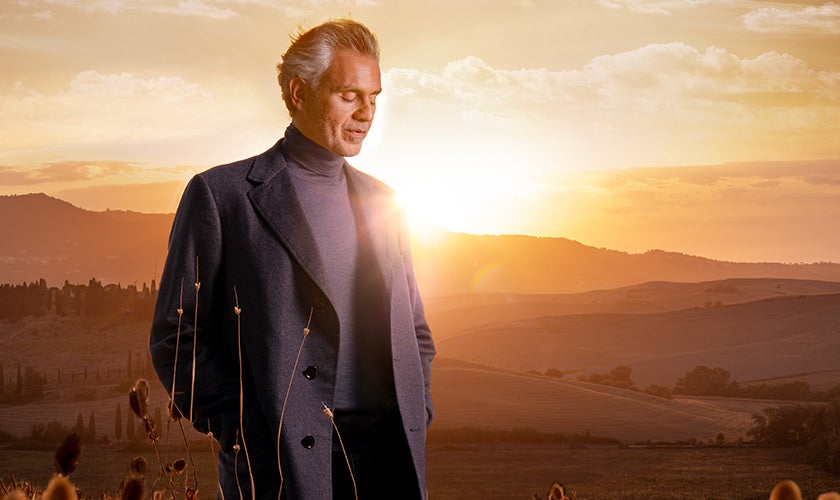 The tour features performances from Bocelli's uplifting new album "Believe," a poignant and personal collection of songs celebrating the power of music to soothe the soul, as well as a selection of arias, his beloved cross-over hits and famed love songs. After a year of Bocelli's record-breaking live-streamed performances that brought comfort to viewers worldwide, Bocelli is bringing his blockbuster live show to U.S. audiences.

There are no enhanced COVID-19 health requirements for this show but guests are encouraged to wear face coverings regardless of vaccination status.

The premiere of @BlakeShelton's new show, #Barmageddon is TONIGHT at 11pm on USA Network! Bar games, music, and laughs - what more could you ask for? 🍻 We can’t wait to cheer on Blake when he comes to Amway Center on March 4! 🙌 Tickets on sale now for the Back to the Honky Tonk Tour. Use the link in our bio to get yours!
🇺🇸💪 #UFCOrlando #AmwayCenter
It’s going to be an action-packed night at #UFCOrlando. 👏 Get your tickets at 🔗AmwayCenter.com
This DEAL ends at MIDNIGHT! Use code 'DEAL' to save $30 on select tickets to the 2023 Men's Basketball First/Second Rounds in Orlando. Link in bio for tix.
UFC weigh-ins will be held inside #AmwayCenter Friday, DEC 2. Doors open at 3 p.m. This event is free to the public and does not require a ticket.
SHOW ANNOUNCE 📣 | Spend Valentine's Day at Amway Center with Jay Wheeler during his Emociones World Tour. Tickets on sale Thursday, DEC 1 at 10 a.m.
Get your tickets for these games and more using the link in our bio. 🎟️
Daddy Yankee returns to Amway Center next month with his La Última Vuelta World Tour. You have two chances to see the King of Reggaeton. 👇 🗓️ DEC 18 | 7 p.m. 🗓️ DEC 19 | 8 p.m. 🎫 Link in bio
This Thanksgiving Day and always, we're thankful for all of you! 💙
Can you guess what concert we're at? 🦈
@rauwalejandro brought the energy to #AmwayCenter last night! 🎤🎶 #TrulyLegendary
The countdown to #UFCOrlando has begun! 🗓️ Sat. Dec 3 📍 Amway Center 🔗 AmwayCenter.com
Tickets are on sale now to see #BarryManilow during his Hits 2023 Tour! 🎫 Link in our bio for additional details.
New wheels have arrived at the @kiausa Terrace. 👀 #AmwayCenter
Have y’all gotten your tickets to see @ThomasRhett during the #HomeTeam tour yet? 🎫 Get yours using the link in our bio.
ONE NIGHT ONLY | @BarryManilow brings his Hits 2023! Tour to Amway Center on January 17. ✨ Tickets on sale Friday, November 18 at 10 a.m. Link in bio for more info.
Did you know you have two chances to see @trans_siberian at #AmwayCenter this December? 🗓️ : December 17 ⏰ : 3:00 PM ⏰ : 7:30 PM 🎫 : bit.ly/3E8j1to
Thank you, Christian @nodal for an unforgettable night. Your performance was #TrulyLegendary! 💚 #ForajidoTour #FORAJIDO
The Slight Return tour is coming to Amway Center on November 19. Limited tickets remain. Secure your seats using the link in our bio!